“There were also women looking on from a distance, among whom were Mary Magdalene, and Mary the mother of James the younger and of Joses, and Salome. When he was in Galilee, they followed him and ministered to him, and there were also many other women who came up with him to Jerusalem.” (Mark 15:40-41)

No one hardly gives her a thought.

Mary Magdalene was just one among many Marys’ lost in a confusing trail of an assortment of women who clustered around Christ, their identities a minor detail in the grand gospel narrative. But when asked to teach at the ancient ruins of Magdala on a trip to Israel, I began examining the life of this Mary from Magdala. I discovered her to be as surprising as the apple and cherry orchards growing in the desert sand of this unique land.

Mary Magdalene holds the distinction of being mentioned in all four gospels (a total of twelve different times) and of having her name ranked first in almost every scene where she is involved. Luke shares with us that Mary was one of the women who “provided for” Christ and his disciples out of “their means.” Perhaps her generosity stemmed from the fact that she never got over Christ’s miracle of delivering her from the oppression of “seven demons” (Luke 8:2).

Mary’s reputation has been tarnished over the years, and she has been falsely labeled with the title of prostitute. But the Scriptures do not reveal that as part of her background. Rather, the Bible makes it clear that Mary was honored as one of the remarkable few who was an actual eye-witness to Christ’s death, burial, and resurrection. God gave this woman a front-row seat to the entire Gospel unfolding in real time. Mary Magdalene was right there when the Old Testament prophecies of the Messiah were actually being fulfilled.

In John Chapter 20 she boldly made her way to Christ’s tomb, undaunted by the fierce soldiers guarding it and the enormous stone blocking the entrance. Neither obstacle could deter her from her goal – Jesus had died, she knew precisely where he was laid, and she was bound and determined to anoint his broken body with burial spices. Mary had paid for Christ’s living expenses while she traveled with him, and she came to the tomb prepared to continue her care for him one last time.

Mary Magdalene was the first witness to the empty tomb, and she was the messenger who raced to Peter and John with the news. The disciples arrived, looked in, and left. But Mary remained behind, staunch, determined, unmovable. Mary was weeping, but she was far from weak! She was not terrified by the angels who talked with her, and turned to confront the man she believed was a gardener. “Sir, if you have carried him away, tell me where you have laid him, and I will take him away” (John 20:15). It didn’t matter to Mary that she was alone, that she would have a tough time carrying such a heavy load, or that Christ’s enemies were still at hand. The Lord’s body was missing and she would do whatever was necessary, regardless of the cost involved.

Is it any wonder that Mary Magdalene was the very first person in all of history to have a face to face conversation with the risen Christ? How her determined, courageous, purposeful devotion must have ministered to the Savior. Although she did not recognize Christ at first, Jesus recognized her. “Jesus said to her, ‘Mary’” (John 20:16). He knew her particular name. She was not one of many, but a beloved daughter, a loyal, faithful servant with a heart of devotion and love.

A woman who set a worthy example for us to follow.

END_OF_DOCUMENT_TOKEN_TO_BE_REPLACED 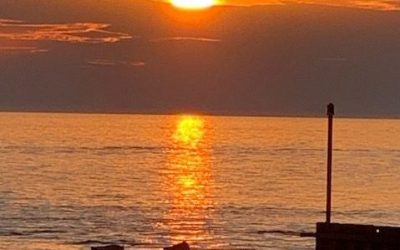