She set the bar high, this obscure foreigner with the audacity to insist on a miracle. The Canaanite woman barged into the presence of Christ crying out loudly and long for healing for her daughter. She was relentless and annoying, so the disciples said. Yet this intriguing character who dared to believe the impossible, would receive the highest commendation from Christ. With no name or a title to recommend her, she teaches us a thing or two about faith.

Jesus had just entered the district of Tyre and Sidon to hide from the crowds for a while when she bombarded him. “Have mercy on me, O Lord, Son of David; my daughter is severely oppressed by a demon” (Matthew 15:22). The Scriptures tell us that Jesus did not respond initially. Was Jesus ignoring her? Was the amazing Miracle Worker weary from the endless demands and so chose instead to turn a deaf ear in her direction?

The woman did not allow anything to deter her from her mission. Her daughter was ill and she had heard the incredible reports about this healer from Galilee. She was fully convinced he was the answer to her daughter’s dilemma. She didn’t care that the disciples wanted to get rid of her, or that they represented all the others who had been indifferent to her plight, and who, lacking compassion, saw her as a nuisance. She was adamant. Christ was near. He could heal. She would not give up, being absolutely certain Jesus could drive out this evil which was destroying her child.

Jesus tested this mother’s faith and found it firm, true, good. She knelt in humility and spoke three of the most powerful words any human can utter: “Lord, help me” (Matthew 15:25). When he probed to reveal the extent of her faith, she scored the highest possible mark. Christ looked deep inside her heart, weighed her motives, and crowned her with a badge of honor. “O woman, great is your faith!” (Matthew 15:28)

She knelt in humility and spoke three of the most powerful words any human can utter: “Lord, help me”

Matthew tells us that as soon as Christ commended this woman, her daughter was instantly healed. Just like that. After pleading, groaning, and cries, coupled with the humble realization that she was unworthy to even present her need, she knelt in his presence, and he raised her daughter back to health. She came to Christ with the only thing she had in her favor – her faith in who he was and what he could do. And he applauded her for approaching him with unwavering, resilient, courageous faith.

“And without faith it is impossible to please him, for whoever would draw near to God must believe that he exists and that he rewards those who seek him” (Hebrews 11:6).

Father, forgive us for our faith is far too small, and we easily forget exactly who you are. Help us to imitate this woman who persisted without giving up. Give us a faith that is strong and courageous, believing your promises, trusting you and what you are capable of, regardless of our prevailing circumstances. Amen

← One of Ten Twenty-Seventh Time → 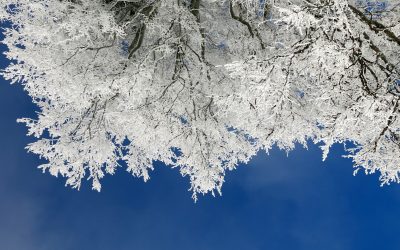