“He himself bore our sins in his body on the tree, that we might die to sin and live to righteousness. By his wounds you have been healed.”      (1 Peter 2:24)

“So Jesus came out, wearing the crown of thorns and the purple robe” (John 19:5).  Thirty-three years earlier, Jesus had come out in Bethlehem wearing the frame of man, robed in the humble clothing of humanity. Mary had clothed her newborn infant in swaddling cloth, and later Christ put on sandals like the common man he had come to identify with and to save. But now the soldiers dressed Jesus in mockery and cruelty – the garments he was born to wear from the beginning. For our sake.

“Pilate went out again and said to them, ‘See, I am bringing him out to you that you may know that I find no guilt in him’” (John 19:4). No guilt could ever be found in him – faultless, sinless, perfect Son of God who came to die precisely because of all the guilt found in me and you. Without guilt or shame or sin to mar him, he came to bear all of ours in his divine reservoir, to wash them away from us by spilling his precious blood. The spotless Lamb of God sacrificed for the sins of the world. For our sake.

“We have a law, and according to that law he ought to die because he has made himself the Son of God” (John 19:7). Right before his accusers stood the Fulfillment of every law, the Law Giver, the Law Maker, the Righteous Judge. But they missed him. Their self-righteous eyes were squeezed shut, their religious ears hardened and impenetrable. The Son of God had come with the law of love to them first, but they refused him. They chose to ignore the fact that God had a higher law, and according to that law Jesus had to die as the Son of God and Savior. For our sake.

“So they took Jesus, and he went out, bearing his own cross, to the place called The Place of a Skull, which in Aramaic is called Golgotha” (John 19:16-17). No one coerced Jesus into bearing, going, enduring. He shouldered the cross and shouldered our sins willingly. The author of life staggered toward the place of death with the instrument of his destruction strapped to him. Jesus had come to conquer death, to wrestle it to the ground, triumph over it, and hand us the keys to life everlasting. “He went out” to face death. For our sake.

“On the evening of that day, the first day of the week, the doors being locked where the disciples were for fear of the Jews, Jesus came and stood among them and said to them, ‘Peace be with you’’ (John 20:19). Oh Jesus, thank you that no door can keep you out. You barged right through the door of death and splintered it; you still move into our hearts when we open the door to you. Thank you, Lord, for coming to stand among us in the midst of our ordinary lives packed with complexities and challenges. You enter our lives to restore peace with our Father and rest for our souls. We rejoice in your resurrection as your beloved children. Thank you for fighting the battle for us and winning! For our sake.

END_OF_DOCUMENT_TOKEN_TO_BE_REPLACED 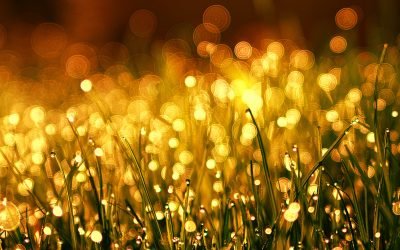