Loves Me Loves Me Not

“He was despised and rejected by men; a man of sorrows, and acquainted with grief, and as one from whom men hide their faces he was despised, and we esteemed him not.” (Isaiah 53:3)

Lashes from one who should love us lacerate like sharp fangs. Rejection curls its snarling lips, extends its cavernous jaws and clamps down in the way a rabid wolf rips apart its prey. Sometimes the bite is a sarcastic slur; often it bears the mark of death in its grip.

Joseph’s brothers knew how to bite; so did a few of King David’s sons. Jacob tore into Leah’s heart each time he made it clear Rachel was the favored one. The unnamed kinsman who turned his back on Ruth and shunned his responsibilities had such a jaw. When King Ahasuerus and his mean-spirited counselors who paraded as “wise men” discarded Queen Vashti as if she were refuse, they too left similar teeth marks behind.

Jesus would identify with every merciless bite. Labeled and despised as “illegitimate” from birth, he was ridiculed and dismissed by his neighbors from Nazareth. He repeatedly warned his followers, “The Son of Man must suffer many things and be rejected by the elders and the chief priests and the scribes and be killed, and after three days rise again. And he said this plainly” (Mark 8:31-32).

Jesus taught his disciples about prayer and fasting, about mercy and grace, about the kingdoms of heaven and earth. But as vital as those lessons were, he intentionally prepared them for the rejection he knew was imminent. He could see ahead to the scourging of the Roman whip and his complete rejection as Messiah by the Jewish hierarchy.

Somehow the teeth marks left by Judas’ betrayal, and the stench of his kiss on Jesus’ face in Gethsemane was the cruelest rejection of all. Long before the soldiers plucked out Christ’s beard and jammed thorns into his brow, Judas bit Jesus with this flagrant act of betrayal.

The Lord understands perfectly when that gaping jawline confronts us. His Word gives voice to our complaint: “For it is not an enemy who taunts me – then I could bear it; it is not an adversary who deals insolently with me – then I could hide from him. But it is you, a man, my equal, my companion, my familiar friend” (Psalm 55:12-13).

The Word counsels us not to retaliate, to return such actions with blessing, and to flee to the one who forgave all his enemies from the cross.

“But I call to God, and the LORD will save me. Evening and morning and at noon I utter my complaint and moan, and he hears my voice. He redeems my soul in safety from the battle that I wage…Cast your burden on the LORD, and he will sustain you; he will never permit the righteous to be moved” (Psalm 55:16-18,22).

END_OF_DOCUMENT_TOKEN_TO_BE_REPLACED 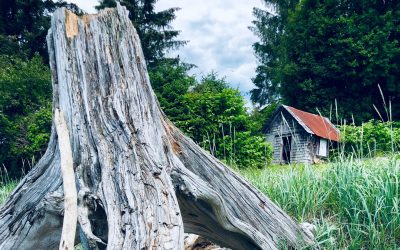