“And when he had finished speaking, he said to Simon, ‘Put out into the deep and let down your nets for a catch.’” (Luke 5:4)

The experienced fishermen gave up. Throughout the night they had careened across the open seas in an attempt to coax some fish aboard. Sore limbs and heavy lids were all the men had to show for their efforts as they cleansed their nets on the shore. To be awake all night hauling in a worthwhile catch was one thing, but to labor diligently with blackened skies and uncooperative seas as jeering companions was an altogether different story.

Then Jesus moved into their story, took center stage, and everything changed. As it bobbed on the lake, Peter’s vacant boat was singled out to play a part in a miracle. Jesus climbed on board and transformed it into a platform and a podium to project his teaching across the water to the crowd on the shore. When he was through imparting that lesson, he turned his attention to what Peter had to learn.

“Put out into the deep and let down your nets for a catch,” Jesus directed the tired fisherman. Peter, watch me override all of nature and be amazed at what you can accomplish when I am in your boat. On your own, you will only go so far. With me directing you, the outcome will always be astonishing. I exceed expectation when my word is obeyed.

Peter’s response to Jesus serves him well and sets the stage for us to follow in pursuit. “Master, we toiled all night and took nothing! But at your word I will let down the nets.” I’ve tried my best and failed. I’ve done everything I know to do, and it simply hasn’t worked well. But if you call me to do something ludicrous that defies comprehension, “at your word” I will submit to you.

Jesus brought boatloads of fish to Peter in the supernatural way Jehovah summoned countless quail to flood the Israelite’s campsite in the desert. Jesus had supreme authority to compel all marine life to flee far from Peter’s boat during the night, and then to swarm the nets at the appropriate time. He beckoned the fish, and they made a command appearance.

Jesus now had Peter, James and John’s complete attention and called them to become “fishers of men.” They had witnessed the miraculous turnaround; they could do no less. They brought “their boats to land” and left everything behind. The fisherman said, “At your word I will…” Jesus’ powerful Word should still compel us to “Put out into the deep” so he can reorder our world.

← Five More Thirty Minutes or So →

END_OF_DOCUMENT_TOKEN_TO_BE_REPLACED 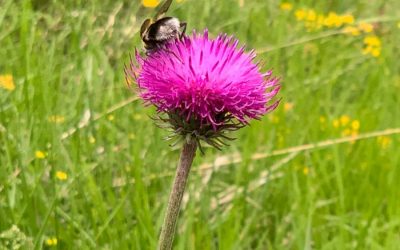